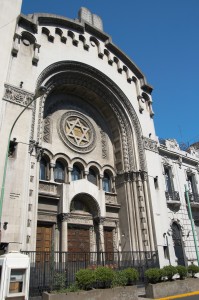 It is surprising to many, but Argentina has a large population of Jews. The question people ask is “Why?” I wondered the same thing. This is what I learned after reading up on the subject.

Since the first surge of Jewish settlers, Argentina has been both a safe haven and a place of persecution for Jews. Today Jews in Argentina are in need of the same transforming Gospel as the Argentines. Pray for them with me.