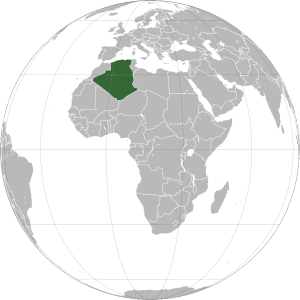 General: Algeria is bordered on the west by Morocco and Western Sahara and on the east by Tunisia and Libya. The Mediterranean Sea is to the north, and to the south are Mauritania, Mali, and Niger. It is nearly four times the size of Texas and the largest country on the continent of Africa. The Saharan region, which is 85% of the country, is almost completely uninhabited. Algiers is the capital and largest city with 2,916,000 (est. in 2011).

The Algerians in Algeria are less accessible to reach with the Gospel than the 4 million Algerians who reside in Europe. The need is Gospel preaching churches to be planted in the capital and around the country!